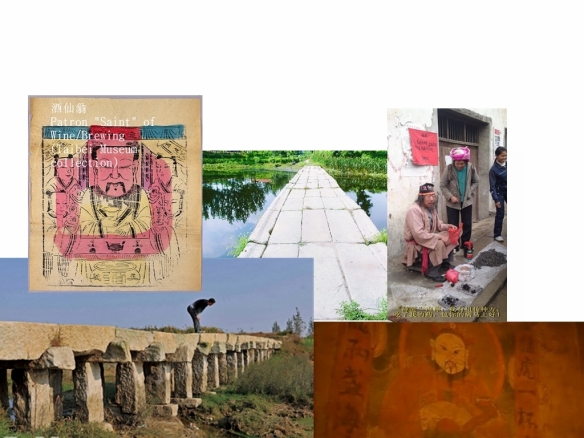 Folk-history as Dream and Nightmare: Origin of the Red Sorghum Quintet

Mo Yan’s Nobel-crowned success – or impress – as a writer of metafiction (abstract or symbolic philosophical discourse embedded in subjective fictional narrative – my own term) – has moved critical interest away from his first success d’estime, Red Sorghum Family (Taiwan ed. 1988). A work which is unmistakably historically sequenced narrative, as is also its companion novel, Big Breasts and Wide Hips. (1996). Though the recurrent return to “NE Gaomi” (i.e. Dalan township) – reminiscent of Faulkneresque Yoknapatawpha County- creates and expands a fictional space about which more and more detail accumulates, the sense of intermittent superhumanity and magic embedded in the “NE Gaomi” chronicles drops away with the (clearly defined) mid-life coming-into- adulthood of the subject-narrator, Sima Jintong (GB 459, age “42” upon return to 76-8 Dalan), a place literally ploughed over for the construction of a hideous “new town” of ferroconcrete by typical “Deng” era predator capitalists. Though surreality and grotesqueness – what I shall call “graffiti” realism – persist across the divide (time-in-motion vs time-as-present), and the stageset remains Dalan (fictionalized “Northeast Gaomi County”), a major change in shape nevertheless occurs. Bloodline history simply ceases: the events first capturing attention, starting more or less in 1938 when the tides of guerrilla war first (literally) overflow the terrain, come to an abrupt halt with the 1993 (un-calendered) death of the writer/narrator’s mother, the super-stalwart Shangguan Lu, the novel’s unmistakable (and Christianity-converted) hero. We are at the very end left with a stage populated by two extra-maritally conceived stepbrothers, both fathered by a “Swedish” missionary-priest (Mallory). Leaving the door open to Deng Xiaoping-era capitalists to run wild and eradicate all still extant markers of the town itself.